Three women. Three heroines. Three stories. They live in three different countries and cultures, have different education, and have faced different fates. Despite that they have much in common. Ritu is a young Indian woman who was attacked with acid when she was seventeen. Fomuso lives in West African Cameroon and fights against the old tradition of breast ironing. Oryakhil was born in Afghanistan, possibly the worst country to live in for a woman. Only 15% of the women in Afghanistan can read and write. Basic human rights are denied to them. Against all odds, Oryakhil completed medical school and ran her medical practice in secret even during the rule of the Taliban.

Oryakhil, Ritu and Fomuso defied their fate and now can help themselves and others too. They are the ‘Unbroken Women’.

The story was written and directed by Jarmila Štuková, Olga Šilhová, Markéta Kutilová, Lenka Klicperová Length: 56 minutes.
The documentary was made with the support of the Czech Develpoment Agency.

They live in cruel conditions of extreme poverty and most of them cannot read or write. All decisions are made for them by men. Yet some women boldly opposed their situation in Afghanistan and gained education. Now these women are, for instance, pilots, one has even become an army general, some play football for the national team.

This film about the lives of contemporary Afghan women was made by Lenka Klicperová and Jarmila Štuková.

In this documentary the film makers Lenka Klicperová and Jarmila Štuková visited Afghanistan to capture the life of local women in a country devastated by a bloody civil war. They visited a refugee camp near the Afghan capital Kabul, just one of numerous camps to which desperate people, mostly women and children, fled to escape the fighting between the Taliban and the United Armies. The filmmakers interviewed women in prisons, a female member of the Afghan Parliament, a general and a pilot. They debated the issue of child and forced marriages in their interviews, the wearing of the burqa, the education issues, and the possibility of women’s parti­cipation in the political management of their country. 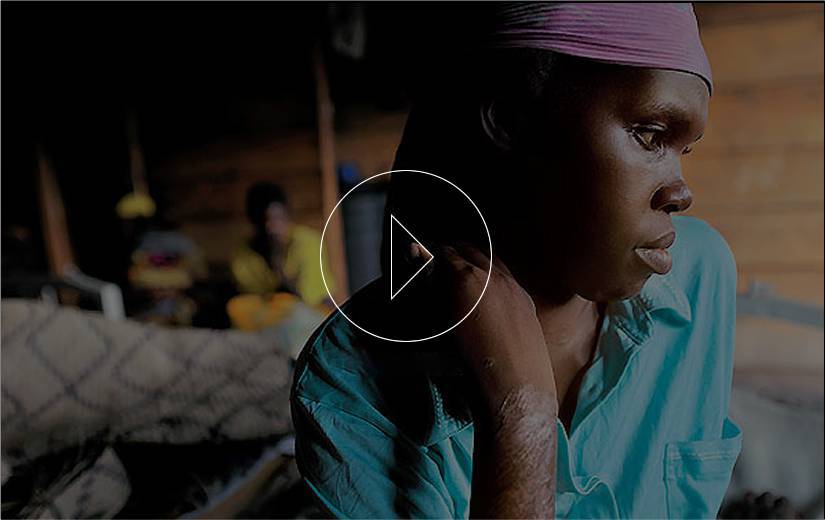 A shocking testimony from the war in the Democratic Republic of Congo: “When we arrived at the Hutu camp I found my brother who had been captured in a village ambush. He was tied to a tree. A couple of soldiers raped me in front of him. Then they started torturing him. Step by step they were cutting his limbs off, and finally his head. They forced me to watch but I couldn’t do anything to stop it. Then they threw my brother’s body into the fire and forced me to eat his flesh…” (Siska, 25 years, East Congo) Eastern Congo was the epicenter of a horrendous war for over a decade. This documentary, shot in the Democratic Republic of Congo during the escalation of fights in November 2008, tells shocking stories of local women and children. Paradoxically, the reason for the country’s misery is its wealth, mainly the reserves of Coltan, a mineral used in mobile phones and notebooks. It is a huge business, involving many international companies. The Coltan industry in the Congo set in motion a spiral of violence from which there was no escape. The result is hundreds of thousands of victims. Rape became a weapon of mass destruction in the jungle of Eastern Congo. The film follows a journey of two Czech journalists Lenka Klicperová and Olga Šilhová, who travelled to the remote villages in the area of Bunyakiri controlled by the Hutus who had soaked the neighboring Rwanda in blood 15 years before. The documentary won an award at the 2009 Ekofilm, or the International Film Festival for Environment, Nature and Cultural Heritage, and at the 2009 Feminafilm. It was premiered on Czech Television on 13 October 2010 Premiere: 8 September 2009, Directed by: Petr Kašpar, Czech Republic, 2009, Story and script: Lenka Klicperová, Director of photography: Olga Šilhová, Language: Czech, Subtitles: English, French, German, Length: 40 minutes

Tears of Congo on Czech Television
On the Czech-Slovak film database
On vimeo.com 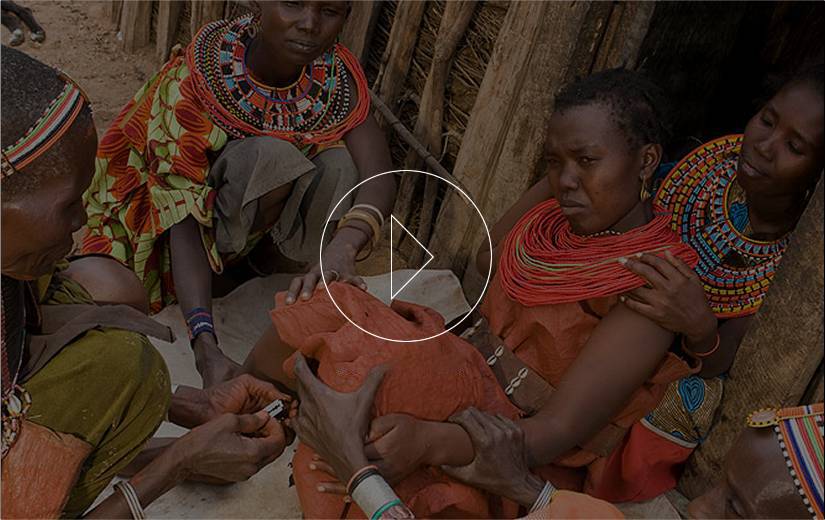 Two Czech journalists Lenka Klicperová and Olga Šilhová gained the trust of women from the north Kenyan Samburu tribe. They lived in their village and talked with the women about their problems as well as their joys. In these uniquely revealing confessions Samburu women allowed them to look behind the scenes of a bloody ritual called female circumcision.

The documentary was first aired on Czech Televison on 10 March 2013.

“They shaved my head in the morning and gave me a ceremonial necklace. The whole day was very ceremonial. In the evening they laid me down on a hide in front of the entrance of the house. The women were holding me by my legs and shoulders. It hurt terribly. Unimaginably…”, says Elisabeth, 31, a Samburu woman from Nagida village.

In northern Kenya, female circumcision is commonplace. Samburu people take it as part of life, an act their ancestors have always performed, and which, therefore, has to be continued. They do not give any practical or other reasons for it. It has always been done and it will stay that way. End of story.

The Samburu people believe that if a woman is not circumcised, she is not a responsible adult. She is of no value to society, she is just a child. Only circumcised woman can be married and respected. For the Samburu, the clitoris and the labia are something which can simply be shortened, just like hair or nails.

Web Circumcised
On the Czech-Slovak film database
On Czech Television 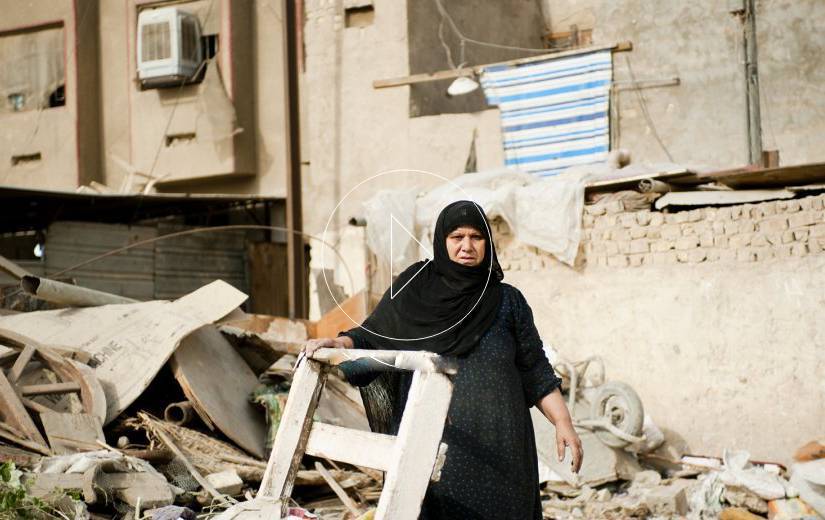 This documentary views Iraq through the eyes of women who suffered during the reign of Saddam and whose personal dramas have not ended even years after he was deposed. His cruel dictatorship was replaced by chaos where obscurantism and violence flourish.

A documentary film for the Fokus 24 series, Czech Television. When we hear the name Iraq, most of us recall the dramatic images from news agencies, showing suicide attacks, explosions and violence. Unfortunately, these scenes are not an exaggeration. Some parts of Iraq continue to be dangerous. But even in these areas of the country both ordinary and extraordinary people live their daily lives, despite the danger surrounding them. A team of three female documentary makers Lenka Klicperová, Olga Šilhová and Jarmila Štuková travelled to Iraq to see how contemporary Iraqi women live. Whether they live in the capital Baghdad or in much calmer Kurdistan, they all have their problems, worries and sorrows.

In Baghdad they face constant danger from extremists, both Shia and Sunni. Nataša, a Czech woman and the only compatriot still living in Baghdad, is familiar with the situation. Going out is extremely dangerous for her, so she has stayed inside her house for the past eight years. Kurdish women in the north of the country have a similar problem but in their case it is tradition that keeps them inside their homes. A woman must not disgrace the family name or else she may meet a merciless punishment, which is – death… 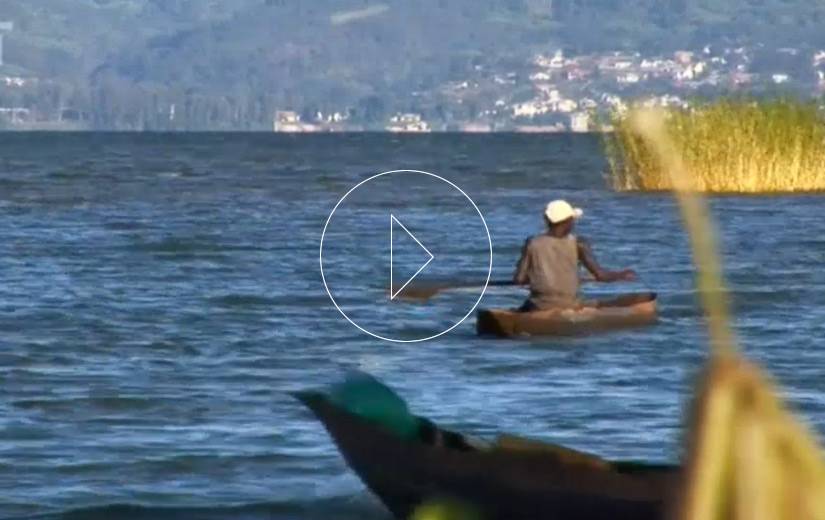 In the eastern provinces of the Democratic Republic of Congo war has been raging for the past decade. It is one of the world’s most forgotten wars. Although the war has already claimed almost five million lives the international media pay little attention to it.

The Congolese people live their ordinary lives with daily joys and sorrows even in the conflict zones. The fishermen with their nets sail on a lake in search of a little catch; women go to the hairdresser’s while children are at school. When the last lesson is over, the school turns into a tailoring workshop. Many people’s lives depend on ubiquitous palm trees and nuts from which oil and wine are made; they drink it after eating fufu, a traditional Congolese dish. Their hard life is in great contrast to the beauty of the rain forest, which is still home to several dozen bands of Gorillas.

The war drove the Pygmy people out of the forests. Originally hunters and gatherers, they have now been forced to learn how to farm alongside the Bantu tribes.

Around South Kivu on Czech Television