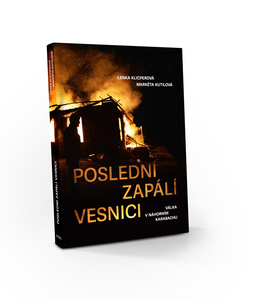 The last One sets the Village on Fire

On September 27, 2020, Turkey-backed Azerbaijan invaded the Nagorno-Karabakh region, an enclave controlled by Armenia for the past 30 years. The war was supposed to be a blitzkrieg, yet the Armenians managed to defend themselves for 44 days. The brutal fighting, which the soldiers described as a massacre, was stopped by a ceasefire mediated by Russia. The war claimed about 10,000 dead soldiers on both sides of the conflict and 146 dead civilians. Thousands of people are still missing.

Many war crimes were committed during the conflict. Armenians lost 80% of Karabakh and surrounding territories. The ceasefire ended the fighting, but not human suffering. Tens of thousands of Armenians lost their homes, thousands of soldiers lost their limbs, civilians were tortured by the Azerbaijani army. Lenka Klicperová and Markéta Kutilová went to Karabakh on the first day of the attack, and they were first Czech journalists who entered the area of ​​fighting. They returned also at the end of the war. They watched how defeated Armenians were burning their villages, they watched arrival of Russian peacekeepers… In January 2021, they made a third trip, bringing statements about the war crimes of Azerbaijan. Their book, supplemented with epilogue written by political scientist Tomáš Šmíd, is a comprehensive testimony of the horrors of modern war.